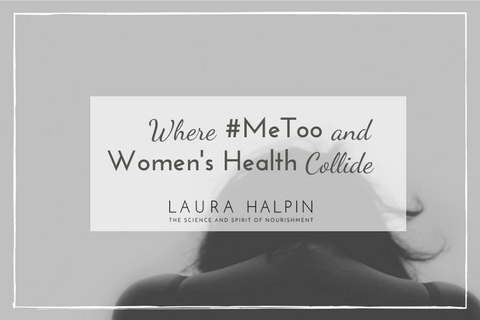 If you’re looking to live a long life, lose weight, and reverse disease, the most important thing you can do is reduce your stress. It seems so obvious it’s easy to ignore on the way to a sexier headline-grabbing cure.

Our bodies’ priority is to survive. And since the body’s self-preservation resources are limited, it has to set priorities. Need to escape a burning building? Well then, the resources needed to digest the burger you just ate get directed toward escape. This is just a matter of the ongoing competition for resources between the sympathetic nervous system (fight or flight) and the parasympathetic nervous system (rest and digest). Both of these systems are part of your body’s self-preservation programming.

When you’re in a stressed state, your body kicks into a fight or flight mode. And because of the body’s survival priority, you can watch as your body’s ability to digest and heal diminishes. Stress drives hormonal imbalances, which can show up in the form of a lagging thyroid, insomnia and weight loss resistance, to name a few.

Cortisol, our main stress hormone, dampens inflammation. This is a good thing, since the foundation of most every chronic disease is inflammation. Yet in the presence of unrelenting stress, cortisol’s ability to quiet the inflammatory response diminishes. Why? Because our cells eventually become resistant to cortisol’s regulatory effect, leaving the body in a state that is ripe for disease, including depression, heart disease and infection. (Check out this Scientific Daily 2012 article entitled "How Stress Influences Disease.")

Given this competition for resources and the inevitability of inflammation in the face of stress, it makes sense that when an adult, teen or child feels unsafe physically or emotionally, her physiology is affected. A sense of safety promotes health; the presence of danger erodes health.

Like you, in the last months I’ve watched woman after woman come forward to share stories of physical assault, emotional abuse, and sexual harassment at the hands of men in power. I’m horrified and shocked/not shocked by the pervasiveness of women’s suffering. We’ve got a problem here, no matter if you’ve been directly affected or not.

Many women, including me, have experienced deep fear and outrage as we’ve watched national politicians accused of pedophilia, sexual assault and harassment continue to work in positions of power (or receive votes). I am not going out on a limb to say that putting men (and women) who abuse others in office creates a public (and private) health and safety issue.

I have welcomed the discussions and articles resulting from the #MeToo movement. Courageous women are finding their voices and seeking justice (at still too great a cost). As a society, we are exploring new ground and elevating our consciousness. The damage is better exposed than hidden, and so no matter how complex and upsetting the reckoning, we want to move through these difficult conversations rather than shut them down.

A couple weeks ago, I read Facebook posts by a mentor of mine as she began exploring the impact of fear on women's health.  As a teacher of women's healthcare practitioners, she is currently revising curriculum to address the very real health threats of misogyny. I wanted to share some of her thoughts with you.

Jessica Drummond, MPT, CCN, CHC, Founder of Integrative Women’s Health Institute and a pioneer in women’s pelvic pain, believes that it’s time for the medical community to acknowledge the impact of toxic patriarchy on women’s health. She writes that women, especially women of color, “carry an increased risk of chronic stress, anxiety, and chronic pain and this has direct impacts on the immune, nervous, musculoskeletal, and endocrine systems of women.” (Click here for the Drummond's FB post.)

Drummond cites multiple studies showing the impact of what she is calling “Social Environmental Toxicity” on women’s health. Women suffer from greater incidence of depression, autoimmune disease, and chronic pain. Not only that, but women’s pain and suffering is less likely to be taken seriously by the medical community. The 2,400 women with chronic pain surveyed for the 2014 National Pain Report revealed stunning gender bias. 91% of women surveyed reported some degree of gender discrimination in the healthcare system. 65% of the women surveyed reported their sense that doctors take their pain less seriously because they are female.

It is clear that not only is misogyny embedded in American industry like media and entertainment, but also in the institutions that should be protecting all people.

We are in the messy midst of a societal shift in power, and it’s about damn time. I’m thankful and emboldened by the women who, at great risk, have stepped forward to call men out for their abuse. I am so sorry for those women who have been speaking up for years against their abusers with so little support (like my friend Pat who was one of Bill Cosby's victims). And while I strongly believe that anyone accused deserves his day in court, we have  to address the biases and cruelty in our initial responses to women coming forward and in the legal system as well. Our first response MUST be to listen and to support women who are coming forward. (Read this article in the Mercury News by my friend Martha Ross about how rare false rape and assault accusations are).

We have such a long way to go and the route to healing isn’t going to be linear or easy going. We will all be required to examine our personal reactions, words and beliefs. We must be willing to explore the nuances of this toxic patriarchy, because it is insidious and often hiding in plain sight. There are many contradictions and complications, and so we’ll have to let go of black and white thinking. Women will need support in finding the courage to speak up in day-to-day exchanges to educate and challenge this paradigm of discrimination.

Finally, and perhaps most challenging, we will also have to talk with one another: a societal problem cannot be addressed without societal conversations. And because we are talking about abuse of power, we have to extend the conversation to include all vulnerable populations, including people of color, people with disabilities, and those in the LGBTQ community. No matter our different beliefs, we can all agree that each person’s safety is worth protecting.

I must be the change.

My mission as a health coach and a human being is to help others find healing and happiness. As such, I take to heart Drummond’s call to healthcare practitioners: “It's our job as healers to build scaffolding of support” around women who have stepped forward to share their experiences of abuse. The damage to women’s health incurred by social environmental toxicity will heal only in an environment of safety and validation. Drummond writes, “When we believe and support other women, the tend and befriend response to stress kicks in, and she can begin to heal. She knows that she's SAFE inside of her community. The feeling of SAFETY is essential for healing.”

This tend-and-befriend response is where healing begins, no matter the physical ailments. Let's not just band-aid the suffering of women with anti-depressants and anti-anxiety meds. Please.

As we wade through this social shift, it is my goal as a health practitioner to build scaffolding of support for my clients so that healing can take place. What we will find is that support and safety will allow women to reexamine their relationships with their bodies,  their intuitions and their voices, three vehicles of expression and intelligence women habitually shut down to get along in a world that is not safe.

I will be writing more on this topic and how each of us can take significant strides to create webs of safety for ourselves and for others. We can work together in the name of safety, health, justice and social progress.

Our goal must be to heal and grow as a society.

It is time. We can do this.

In order to move this discussion forward, please participate in our next Virtual Book Club on January 22, 2018 featuring Brené Brown's Braving the Wilderness. I will be in conversation with Catherine Freemire, LCSW. Click on the image below for more information and to register for this free event.

If you'd like to participate in a community of women focusing on health, healing, connection and education, the please check out the link below to my year-long program beginning in February 2018 called A Year of Living Mindfully.

Posted in Blog
← Protecting and Soothing Your LungsAlmond Milk → 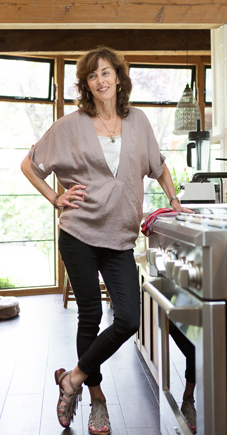